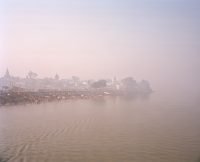 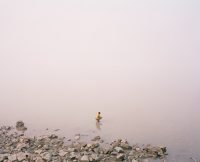 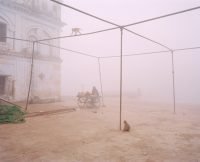 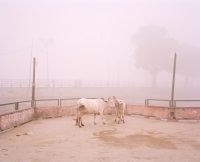 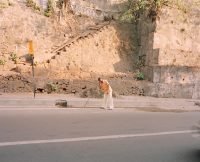 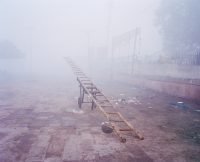 It was 05:04 in the morning; the sun rose over the mighty Ayodhya kingdom. As if on cue, everybody took turns to take a dip in the waters of the mighty Sarayu River. The holy men lifted their hands above their heads; a slow chant rippled across the calm waters, broken only by the swish-swish of the dhobis washing clothes. Everyone had just one prayer for their beloved and dutiful King Dasharatha. They prayed that a son would be born to him.

King Dasharatha flung his hook once again into the water; his body trembled as he tried to steady himself on the rock in the middle of the water. He was overcome with great sadness because he could not bear to see his wife Queen Kaushalya unhappy. After the birth of their daughter Shanta, Kaushalya had been praying for the birth of a son, but in vain.

All the wise men of the court, his advisors, his family and friends told him that for the sake of Ayodhya he had to marry again. That was the only way his kingdom would have an heir. His wife, the beautiful Kaushalya, she understood him well. He knew it hurt her but she had insisted that morning that he go to King Ashwapati to ask for his daughter to be his wife.

Queen Kaikeyi didn’t produce an heir either. Even so, there was excitement in Ayodhya once again. The two monkeys Vanar and Markat swung by the wires and jumped across rooftops. Their favourite pastime was teasing Pappu who had the most delicious sweets in his cart for sale.

Vanar jumped onto the wire and yelled, “King Dasharatha is marrying Sumitra, aren’t you distributing sweets for that,” he grabbed the yellow and round squiggly shaped sweetmeat from Pappu’s cart. “You two! Get out of here!” yelled Pappu and ran after them.

In a split second, Vanar and Markat jumped into the shop next door. They quickly took a deep breath and stood still.

“But what if the new queen, Sumitra doesn’t have a son?” said Markat, who loved King Dasharatha dearly.
“Do you think it’s some sort of a curse?” asked Vanar gobbling up the jalebi.

Perhaps it was a curse. Who knew? But none of King Dasharatha’s three wives – Kaushalya, Kaikeyi or Sumitra – were able to have a son. The most famous soothsayer of the Kingdom was summoned. He put a pipe to the ground to hear the rumblings of the Earth; she would give him some answers.

“There is a great being descending from the heavens, King Dasharatha, you will be blessed with an heir soon,” he announced, “Go to Rishyasringa, he will help you.”

The soothsayer was a wise man. He did not tell King Dasharatha the other half of the secret that the Earth whispered to him. She had told him that with the birth of an heir would come a period of great unrest for the Kingdom of Ayodhya. 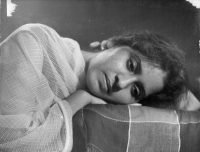 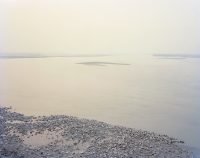 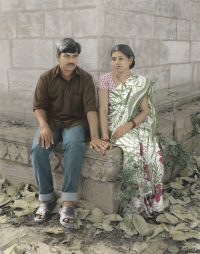 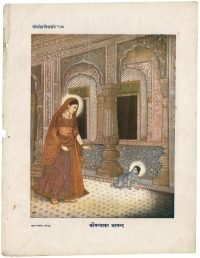 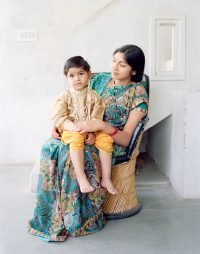 Rishyasringa gathered 1,001 holy men who sat around a sacred fire. Rishyasringa’s loud voice boomed across the Kingdom echoed by the 1,001 holy men until it reached the heavens. The gods came out to see who was calling them.

“It is King Dasharatha, he is praying for an heir,” said one of the gods.

“We must grant him his wish,” said another pleased with the chanting.

“Wait,” said Vishnu, the chief among them. “This is the perfect solution to Ravana.”

From the heavens the gods turned to see Ravana; the king with ten heads in his kingdom Lanka. The gods frowned at Ravana’s growing power. He was taking over kingdom after kingdom and wreaking havoc wherever he went. The gods were growing more anxious because Ravana was invincible, he had won a boon that no god could kill him.

“I will go down to Earth as a human being in the form of Rama, the son that Dasharatha is longing for,” said Vishnu, “Only then will I be able to destroy Ravana.”

Ayodhya burst into a riot of colours and jubilation. Every corner was lit with candles, the women made patterns of coloured chalk on the floor and the whole city was busy cooking a feast of delicious sweetmeats.

The first born was Kaushalya’s son Rama, his angelic face radiated a brilliance that filled the room. Then was Bharata, Kaikeyi’s son whose intelligence and wisdom radiated from his face. Sumitra was blessed with twins, Lakshmana and Shatrughna.

Dasharatha watched over his children but most of all Rama, he could not leave him alone even for a second. He would play games with him, take him swimming to the river and talk to him for hours. Lakshmana followed both Dasharatha and Rama everywhere; he was Rama’s shadow. He loved his elder brother so much that if Rama got hurt, Lakshmana would physically feel the pain. Rama and Lakshmana were like one soul but two bodies.

Dasharatha thanked the gods for giving him his sons; he finally slept peacefully because Ayodhya had an heir. 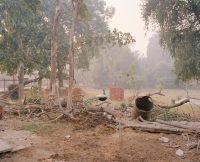 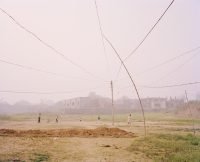 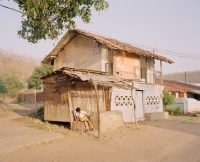 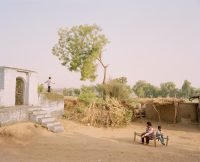 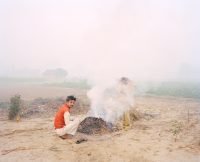 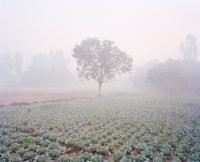 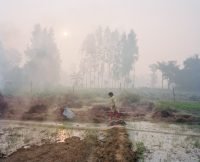 “Rishyasringa’s mantras are so powerful that even the gods can’t ignore him,” said gossipy Nandi to Mor the peacock.

Mor had come visiting from the Kingdom of Mithila that was far away from the city of Ayodhya. Ever since the sacrifice, Nandi had become a huge fan of Rishyasringa. That got Mor thinking. He flew as quickly as he could back to Mithila. It was a relief to be back in his village, as he didn’t care for city life. He much preferred the lush yellow mustard fields and the smell of mud than the tarred roads of the city.

“I must tell our King Janaka, he has been childless for many years,” thought Mor as he rushed past children playing cricket in the fields.

Just when Mor reached the gates of King Janaka's palace, he saw him leaving with his people. Mor jumped onto the cart that was carrying seeds for the farmers. As was his daily ritual, Janaka circled the lands that spread across Mithila on horseback.

Mor finally reached the King, just as Mor was about to speak, Janaka said, “Wait, I hear something.”

Janaka got down from his horse as gently as he could; he went to the cauliflower patch and stepped back in surprise. The gurgling sound that he was hearing belonged to a tiny baby. Her heart shaped beautiful face and intelligent eyes peered at Janaka. Suddenly, the baby burst into tears. Janaka quickly lifted her and put her to his chest and instantly her crying stopped, instead she gave him a radiant smile. Janaka felt a surge of emotion that he had never felt in his life. The child was a gift from his land. He hugged her tight.

“You will be my daughter. You will be known as Sita. Sita that means daughter of the Earth,” announced Janaka to all the people who had gathered to see the beautiful child.

Mor was so transfixed with Sita’s loveliness that he completely forgot what he had come to tell King Janaka. Sita would go with her father to the farmers to understand their problems. She knew exactly when the seeds needed to be planted. She understood how difficult it was when the rains were late. On some days, Janaka took her to meetings with wise men. She heard him argue with them, challenge them and question their logic. Even though she had no idea at this moment, Sita was going to be Rama’s wife. Her path was going to be littered with thorns at every step. Would she have the courage to find her way? 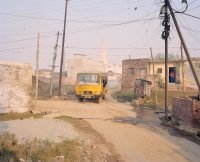 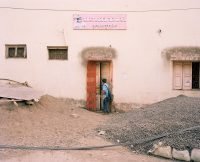 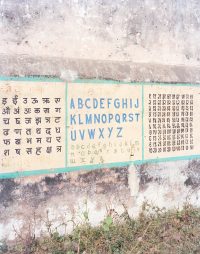 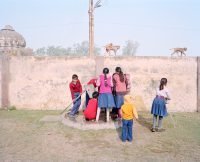 Meanwhile in Ayodhya, Rama was busy with his education. Every morning he would take the rickshaw with his school-mates. Rama studied mathematics, languages and literature with great passion. He played cricket and ran races with the boys, always excelling in everything he did, his hair as black as a crow’s wing flying in the wind. As Rama grew older, his doe eyes, aquiline nose and noble features matured, his jet black hair made him one of the handsomest lads in Ayodhya.

One morning, a learned sage, arrived from another city, “I am Vishvamitra,” he said approaching Dasharatha in court.

“What can I do for you great one? Ask and I shall make sure it is done,” said Dasharatha.

Without hesitation Vishvamitra said, “Give me your eldest son, Rama. I need him to defeat two demons that are obstructing the path to my rituals,”

Dasharatha shuddered. How could he give him Rama? Dasharatha steadied himself and said, “I would have gladly given you my son but he is only fifteen. He is inexperienced and young he will not be able to defeat the demons. I will come with you with my entire army.”

“You promised that you will give me anything I want,” shouted Vishvamitra, his face turning red with anger.

The gods once again came out to see what was happening in Ayodhya. They saw Vishvamitra’s anger unleashing nature’s fury. They quickly summoned Vashistha, another wise sage to counsel Dasharatha.

“Dasharatha you are dharma incarnate on Earth, you have always been true to your word,” said Vashistha the sage, “Vishvamitra is a fountain of knowledge in warfare, Rama will be blessed to train under him.”

“You’re right, I had forgotten my duties because of my love for Rama. Bring Rama to the court,” ordered Dasharatha.

Rama was laying down in Kaushalya's lap. “Son, the wind is changing. The time has come for you to lay down the cricket bat and instead pick the bow,” said Kaushalya.

Rama took a deep breath and gathered his brothers at their favourite spot near the well and told them he was leaving.

As Rama entered the court, Dasharatha hugged him and kissed his forehead. “Go with Vishvamitra, son. When you return I will hold my head high because you will be trained by none other than the great Vishvamitra,” said Dasharatha.

“I will go with my brother,” announced Lakshmana who had followed Rama to the court.

They passed through the door, into the wilderness of the forests that were home to demons and fierce animals. They knew nothing of what the future would hold except that the journey to become warriors had begun. 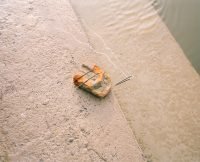 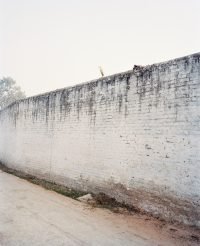 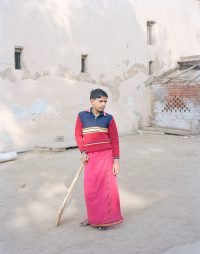 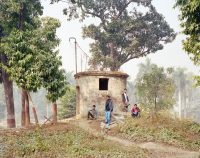 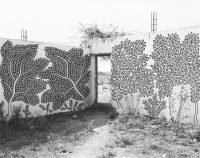 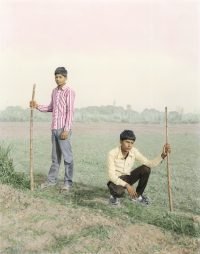